Mark Heaney - Drums from the archive

Its been a long time coming with the last single release in November 18'... but Mark Sullivan is back with his latest release 'Wasting Time'.. Mark has been re working an old track that he has always wanted to record as a full band. Wasting Time was originally written about two big dilemmas people face in life, relationships and the environment, the second of the two recently becoming a worldwide priority as we see irreversible changes in our world due to 'wasting time' on t 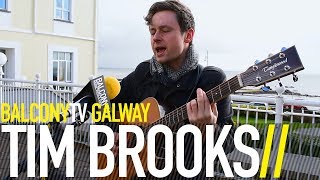 It seems only a few months ago that folk/rock singer/songwriter Tim Brooks was playing on Balcony TV... and thats because he was! A few months back Tim was on a European leg of his tour and on the way back to the UK stopped off in Ireland to play a track for the guys at Balcony TV. It was great timing as Tim was building up to a first release of 2019 which was set to be Angelique, a track written about the music industry and it's testing relationship with the artist. Well no